Having that intuitive prompting to do something is really interesting sometimes. I saw that a crystal seller based in Canada was doing a live sale on Instagram. I felt like going to it. Then I was doing a few things and then I was like oh, she is still going, so I popped on.

I thought it odd since, I have already spent plenty of cash on Settara Stones, a crystal seller on IG based here in CA.

Anyway, I popped on, and then she shows Vanidinite. She was asked the metaphysical properties but wasn't sure and said if anyone knows to comment. So I looked it up in my Encyclopedia of Crystals book by Judy Hall. Some cool zen things, and accepting being here on earth in dense matter. Nice!

And then there is a note. That it's TOXIC and to HANDLE WITH CARE.

The seller did NOT mention this at all! So, I said all the cool metaphysical things, and then mentioned THAT.

People were like whaaa!? And the seller was like oh yeah, be careful. And we cracked jokes about not licking crystals and no water elixirs for this one, and stuff.

If I had not been there. Someone might have been hurt. Or a pet. Or child. Now everyone who bought one knows.

I had no idea. I almost didn't listen. I'm so glad I did. 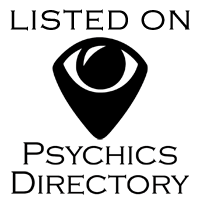