Finding Your Year Card for the Current Year 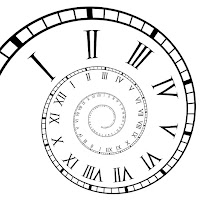 Your year card is the running theme for the entire year. It's the energy that will be present for the whole year. There are a few methods you can use to find your year card.

The first is to simply shuffle the cards with the intent of drawing out your year card. You can do this with major arcana only, or with the full deck, in which case you will get the pips (numbered cards 1-10) and the court cards. Of course, you can always leave out the court cards if you desire. But the main idea is to simply use the shuffling method. This is the method used if you are using ORACLE cards instead of Tarot cards, since oracle cards don't have major and minor arcana cards.

The other method is to use numerology. I learned this from the book "Tarot For Yourself" by Mary K Greer. However, I realized that the way I add up the numbers is different from the way she does it, and that in this case, yes, it really does matter.

Then you add the four numbers of the sum together as if they were all in the one's place. I often do it like so:

Or you can visualize it in a line with them all in the one's place like so:

11 is the Justice card, or, in some decks it's the Strength card. Which one it is depends on the deck YOU are using for this, but you can always decide to blend them together if you use both styles of decks.
HOWEVER. I have realized that is NOT how I have been adding up my numbers!
I have been treating each individual number as a single number! Like so:

20 is the Judgment card.

The interesting thing is that the way I have been doing it has really resonated hard with me, even when I feel grumpy about the card that I get.

Now, so far, the two results for me have equaled a major arcana card, the only cards that matter in the numerology style of doing things. You will never get 0 as a result. Therefore the Fool is added at the end, as card number 22. In some older decks this is done anyway, so it still fits.

Also. There are only 22 major arcana cards. So what happens if you get a number that's larger than 22? You add that sum together.

For example, if that 20 end result using my method was 24 (which could happen if I had been born in the month of September, the ninth month) I would need to add those two numbers together since there is no major arcana card numbered 24.

Another option, also, is to combine these two numerological methods and take both cards as a pairing as a theme for the entire year.

Another option too, is to decide when your year starts. Is it on your birthday or the day the new year starts? For me, so far, I have been doing the turn of the new year in our Gregorian calendar. However, this year, I may use the shuffle method to determine an extra card at Samhain, since I learned reading the book "Irish Witchcraft" by Lora O'Brien that Samhain was considered the beginning of the new year in long ago Ireland. That really resonated with me, so I'm going to try it. I will keep you updated on how I decide to incorporate that in 2021! ^_^

Posted by Ruth ~ Lady of Radiant Joy at 2:02 PM No comments: 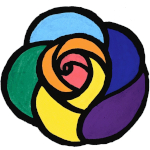 Kindness. Compassion. Inclusivity. These are the axioms for this site.
May you find the works herein beneficial to you.